Hardik Pandya has been making headlines along with Natasa Stankovic since the beginning of 2020 as they got engaged in Dubai on the first day of the year. The couple then made an announcement of becoming parents soon during the lockdown period and one of the photos that Hardik shared on his Instagram account seem to be from their marriage ceremony.

They both have been quite active on social media networks and have been posting pics and videos on a regular basis. Recently, Natasa posted a cute image with Hardik and comments started pouring in soon.

First of all, take a look at the pic: 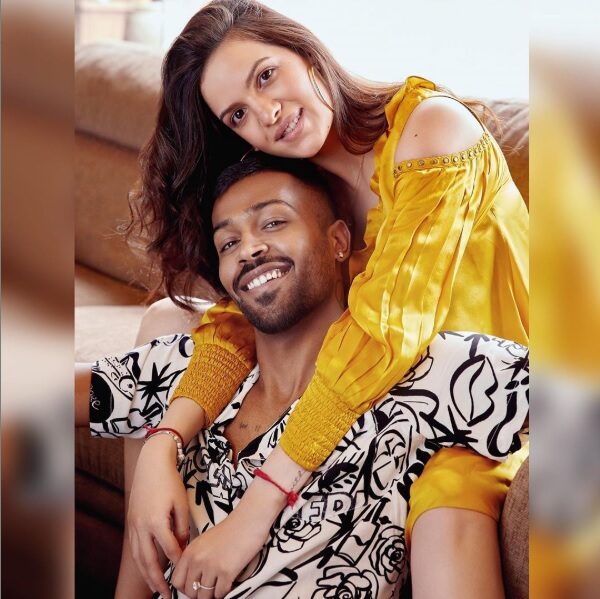 Natasa shared it with the caption, “You complete me”.

While Hardik reacted with a heart emoji, the Indian cricketers Yuzvendra Chahal and KL Rahul also commented on the lovely photo using the heart emojis.

Here are the comments:

Hardik Pandya has not been a part of the Indian squad since September 2019 and during this period, he also underwent back surgery. The Indian all-rounder was supposed to join the team for the New Zealand tour but due to some fitness issues, he pulled back. Later he performed in the DY Patil trophy and proved that he is completely fit for the International cricket. He was then chosen for the South Africa series but that was called off on account of the coronavirus pandemic after the first match got spoiled because of rain.

Hardik Pandya was supposed to play for Mumbai Indians in the IPL 2020 but the league also got postponed and now it is being reported that the tournament is going to be held in September in UAE as the number of COVID-19 positive cases are still increasing in India.