The IPL 2020 commenced yesterday and all the Indian cricket fans were quite happy after seeing their favourite cricketers back on the field. However, this time it is a TV-only event as spectators are not allowed in the stadium because it may result in the spread of lethal coronavirus. The IPL 2020 was earlier supposed to start from March 29 but lockdown was imposed in the country due to COVID-19 and all the sporting events were brought to a halt. BCCI decided to organize the league in UAE because the situation of the pandemic is still out of control in India. 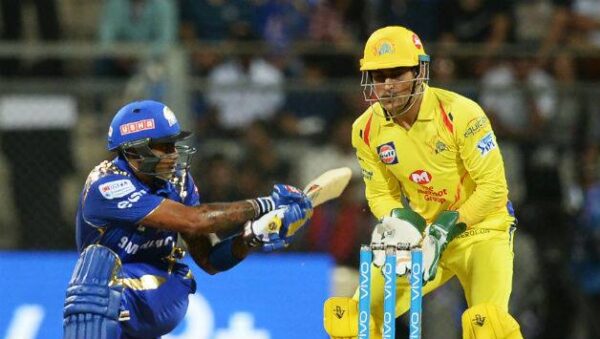 Total 56 matches will be played in the tournament which will be played at the venues in Dubai, Abu Dhabi and Sharjah. BCCI left no stone unturned in increasing the interest and excitement of audiences during the broadcast as pre-recorded cheers of the crowd were embedded in the telecast. In order to make the atmosphere lively and enthralling for the players, a system was installed in the stadium because of which the sound of roar of crowd was heard after every dismissal or boundary. Not only this, the richest cricket board of the world also made this arrangement so that fans can remain virtually present during the match.

Cricket fans gave mixed reaction to the fake crowd sound and here are some of the selected tweets:

The inserted crowd 'noise' is so damn weird and random. But I prefer it to the empty stadium sound. Hope IPL has a few different noise variations lest it becomes monotonous #MIvsCSK

The crowd sound effect for ipl is probably the most realistic one I've heard out of every post pandemic tournaments so far, for a sec i forgot its edited.

Is it just me or are they playing crowd noise as a background at IPL now? Crazy , we see empty stands but hear ghost noise .. it is nonsense.. the players need the sound of live fans to be motivated but are playing in dead silence to empty stands. @cricketwallah

The fake crowd sound can never match the real one when Dhoni walks in. #IPL2020

Sound effects to mimic actual noise of crowd in the stadium. Are you surprised? Should one teach show business and effects to UAE? Masters!

@IPL @Dream11IPLT20
Can we have some sound of drums, trumpet, crowd !!!
Watching on TV seems so boring.
Where are the cheerleaders too?@BCCI

IPL has sound of the crowd embedded within the commentary audio.. Technology making up for no audience.

Watching IPL. There's crowd sound in the background. Ghosts in the stadium?? Eerie.

Dear @ICC – How about live streaming sound of audience from their homes through an app in to the stadium ? It will almost bring the crowd atmosphere. #IPL .

RT if you agree.

Dei @IPL please get that artificial crowd sound removed . It is annoying. #IPL2020

@IPL fake crowd sound is irritating… at least real people knows when they need to shout….

All the franchises are taking proper precautions in order to keep their players and staff members safe from COVID-19. The first match of the IPL which was played between Chennai Super Kings and Mumbai Indians was won by the former by 5 wickets. It was quite a special day for fans of MS Dhoni as they were able to see the former Indian skipper on the field after a long time. The last time Dhoni played for India, it was the semi-final match of 2019 ICC World Cup that was won by New Zealand.

How was your experience of watching the IPL match? Do share with us.