Do You Know Why Marcus Stoinis Carried Hulk’s Figure To Post-Match Presentation In Qualifier 2?

The second team for the IPL 2020 finale has been confirmed now after Delhi Capitals defeated Sunrisers Hyderabad in the Qualifier 2 by 17 runs. The match was played yesterday at the Sheikh Zayed Stadium and Delhi Capitals made their entry in the finals of the IPL for the first time in the history of the tournament.

While DC will be leaving no stone unturned in trying to win its first ever IPL trophy, Mumbai Indians will be looking forward to lift the trophy for the fifth time. MI is the most successful team of the IPL with four IPL wins followed by Chennai Super Kings which has won IPL trophy three times. 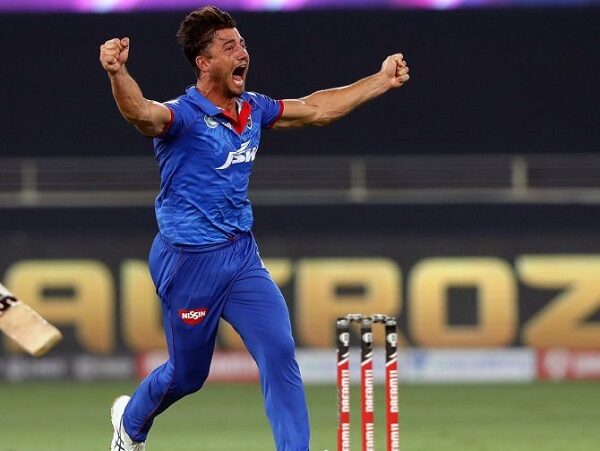 As far as the Qualifier 2 is concerned, DC put up an all-round superb performance. The toss was won by the Delhi franchise and it decided to bat first. DC’s start was solid with Marcus Stoinis and Shikhar Dhawan laying down the foundation of a good total. While Marcus scored 38 runs, Dhawan played a blistering knock of 78 runs and Shimron Hetmyer ensured that his team posted a good total on the board by scoring quick 42 for which he played 22 deliveries. Overall, DC posted a total of 189 runs on the board.

SRH didn’t have a good start while chasing the target of 190 runs and other than Kane Williamson (67) and Abdul Samad (33) , no other SRH batsmen was able to counter the DC bowlers in an effective manner. SRH was able to score only 172 runs at the loss of 8 wickets in the stipulated 20 overs.

Marcus Stoinis was adjudged as the player of the match as he contributed with not only bat but also ball as he took 3 wickets including the wicket of Kane Williamson. The bowling figures of Marcus were 3-0-26-3. 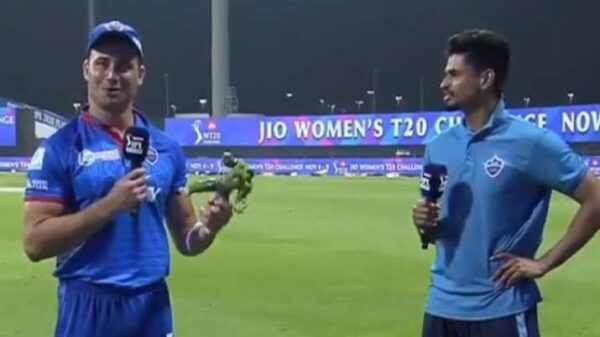 There was one more thing which was quite unusual yesterday; Marcus carried a toy figure of Hulk to the post presentation ceremony. Everyone was quite surprised with it so here we tell you the reason behind it. Marcus is very much inspired with Hulk, the superhero which appears in the Marvel comics and he even celebrates like Hulk after taking wickets. It won’t be wrong to say that Marcus Stoinis has given a Hulk like performance in the Qualifier 2 for his team.

Here is a video in this regard:

Meet The Hulk – Marcus Stoinis@MStoinis reveals the mystery behind the Hulk action figure, his pumped up celebrations & his all-round show against #SRH. DO NOT MISS – Captain @ShreyasIyer15 doing a fun Stoinis impersonation

The post Do You Know Why Marcus Stoinis Carried Hulk’s Figure To Post-Match Presentation In Qualifier 2? appeared first on RVCJ Media.