Harbhajan, Yuvraj & Others Lashed Out At The Umpire After Another Big Mistake During RCBvsSRH

There have been times when the results of cricket matches have been severely affected by the mistakes committed by the on-field umpires. Most of the times, the matter is not taken seriously as umpires are also humans but sometimes, it is impossible to believe that an umpire can make such a silly mistake. Something similar happened in the match played between Sunrisers Hyderabad and Royal Challengers Bangalore which was played at Sharjah Cricket Stadium on October 31. 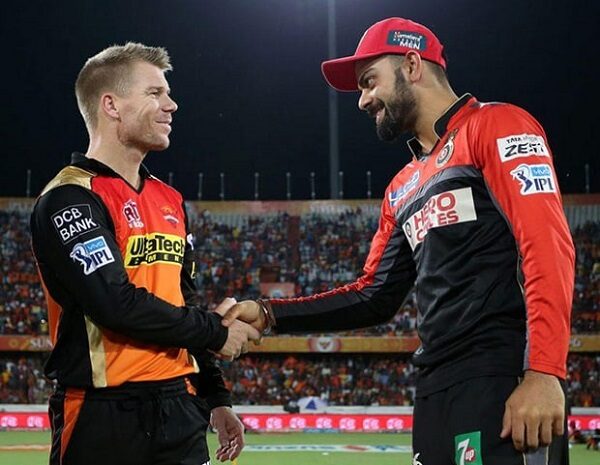 During the SRH innings, the RCB bowler Isuru Udana was bowling and while throwing a delivery, the ball slipped off from his hand due to the dew and went as a waist high full toss to the batsman Kane Williamson. The Kiwi cricketer played a shot towards fine leg and then he looked towards the umpire expecting him to give it a no-ball but the umpire seemed to be not at all concerned about it.

This umpiring mistake pissed off many people from the cricket fraternity including the Indian spinner Harbhajan Singh who took to the micro-blogging site Twitter and posted a video of the delivery with caption, “No this isn’t a no ball” with confusing and laughing emojis.

No this isn’t a no ball

Check out some reactions from other cricketers:

I honestly can’t believe that was not given a no ball ! Like seriously !!!

No balls are head high now???

As far as the match is concerned, SRH defeated RCB in a comfortable manner. David Warner won the toss and put RCB to bat first. However, the batsmen of RCB failed miserably and they managed only 120 runs at the loss of 7 wickets in the stipulated 20 overs. Josh Philippe was the top scorer for RCB with 32 runs.

Chasing a small target of 121 runs, SRH also lost its skipper early but Wriddhiman Saha (39) and Manish Pandey (26) stabilized the innings and the finishing touch was given by Jason Holder who scored 26 in just 10 balls. SRH won the match by 5 wickets with 35 balls remaining to bowl and Sandeep Sharma of SRH was adjudged player of the match for taking 2 wickets and conceding only 20 runs in his 4 over spell.

This was certainly one of the silliest umpiring mistakes. What do you say?

The post Harbhajan, Yuvraj & Others Lashed Out At The Umpire After Another Big Mistake During RCBvsSRH appeared first on RVCJ Media.