All the sporting events were on hold for the last 4 months due to the coronavirus pandemic but now the situation is changing gradually and tournaments are getting organized, though spectators are not allowed inside the stadium.

The IPL teams are sweating out in the training sessions after serving the quarantine period in their hotel rooms. The authorities are ensuring that the standard operating procedure prescribed by BCCI is being followed religiously in order to keep the players and the staff safe from the lethal virus. While the players are working hard in the training sessions, the franchises are sharing each update with fans by posting details on social media networks.

Royal Challengers Bangalore (RCB) which is being led by the Indian skipper Virat Kohli is also attending training sessions and recently Virat has taken to his Instagram account to post three photos which give us a glimpse of what he is doing in Dubai. In one photo, he is seen playing a defensive shot while in another one, he is seen playing football and in the third image, he is seen having ice bath.

First of all, check out the pics: 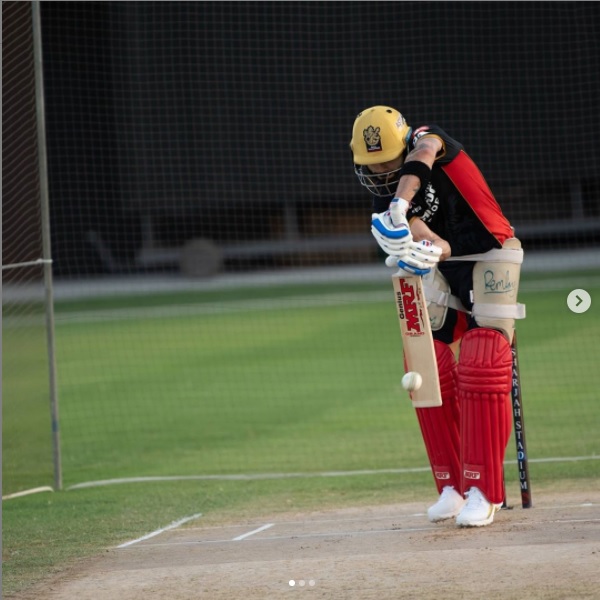 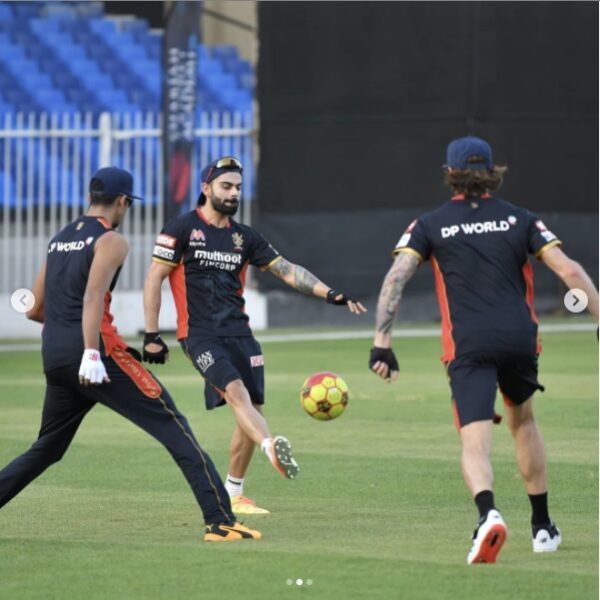 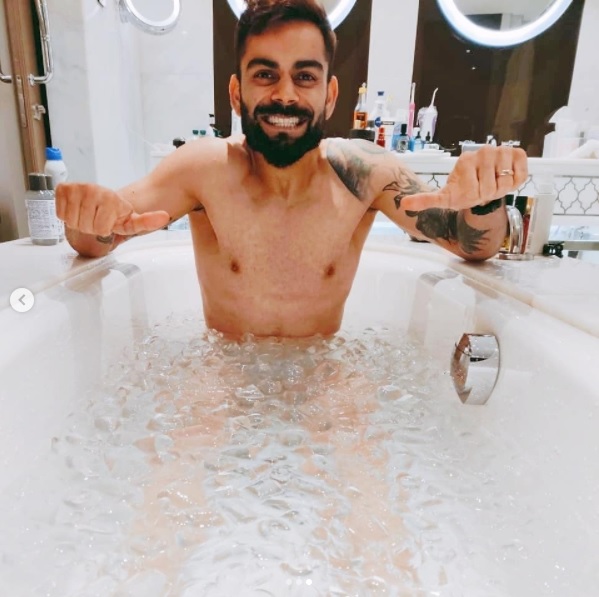 The post soon got viral for obvious reasons and many fans liked and commented on the post. However, the former England cricketer Kevin Pietersen who also played for RCB earlier made up mind to have some fun and he took a dig at Virat’s defensive shot by reminding him that he should come out of the test zone because T20 is not test match.

The Indian skipper was also quick to reply, “You seem bored mate. Get onto the bike again.”

Harry Kane, the professional footballer from England who also plays for the Premier League club Tottenham Hotspur, noticed the photo in which Virat was playing football and praised Kohli’s football skills by commenting, “Nice technique right there.”

Harry who is the skipper of the England football team is also a good friend of Virat Kohli so the Indian skipper returned the favor and wrote, “Haha thanks mate. Coming from a technically gifted player like yourself, I know it’s legit observation.”

If you remember, once KP made a comment related to biking when Virat Kohli posted a workout video and with this reply, the RCB skipper took a hilarious dig at the English player.

If I had to make a choice of one exercise to do everyday, this would be it. Love the power snatch

RCB will be desperate to perform well this time because for the last three seasons, they have performed pretty badly. Virat Kohli often gets trolled for the team’s performance because it has never won an IPL trophy despite the fact that it has been one of the strongest teams in many seasons of the IPL. What makes it more difficult to understand their failure is the fact that Kohli is associated with RCB since the inaugural session of 2008 and since 2013, he has been leading the side.

The IPL 2020 will be a TV only event as no audience will be permitted to enter the stadium. The league will be starting from September 19 and the final match will be played on November 10. It is being conducted in UAE and the matches will be played at three venues – Sharjah, Dubai and Abu Dhabi. BCCI was compelled to organize the tournament outside India as the number of COVID-19 positive cases is still on a rise and situation is far from satisfactory.