The Indian government recently took a very big step against its neighbour China by banning 118 Chinese apps in the country. The relations between the two Asian nations have turned very sour after the fierce clash that took place in the Galwan valley between the Indian and Chinese soldiers. In this clash, 20 Indian soldiers were martyred but China didn’t disclose the number of its soldiers who lost lives.

Earlier two months ago, the Indian government banned 59 apps which also included the very famous video platform TikTok. In these 118 apps that have been banned recently, the most popular mobile gaming app PUBG is also included and it will certainly result in huge losses for China in terms of revenue.

While Modi-led Indian government is busy tackling its neighbours, the IPL teams are all set to play the tournament which will start from September 19 and end on November 10. The IPL 2020 was earlier scheduled to start from March 29 but it got postponed due to the coronavirus pandemic and now it is being organized in UAE because the number of COVID-19 positive cases in India is still increasing.

Many Indian cricketers such as MS Dhoni, KL Rahul, Hardik Pandya, etc. also used to play PUBG and the IPL franchise Kings XI Punjab (KXIP) took a subtle dig at the ban without even naming the app. KXIP made a tweet in which it posted the photo of its star batsman Chris Gayle who took part in the training session after completing his quarantine. The West Indian cricketer is seen having a big smile on his face as if he is expressing his happiness. 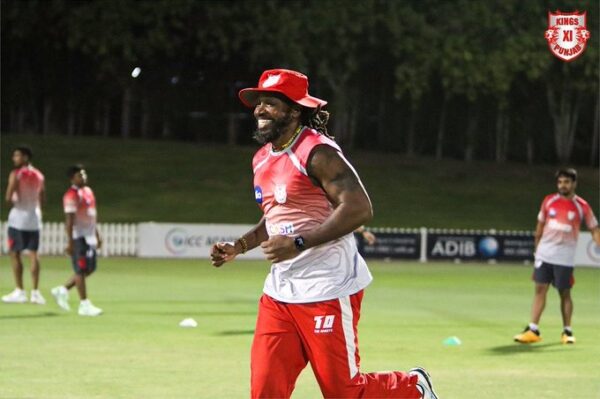 The caption of the tweet reads, “TFW you know there’s no ban on chicken for dinner.”

TFW you know there's no ban on chicken for dinner

Kings XI Punjab hasn’t won an IPL title even once and last year, it was on the sixth spot. In the IPL 2018 and 2019, Ravichandran Ashwin led the team but he was released by the franchise and now he will play for Delhi Capitals. For the first time, KL Rahul will be leading the team and fans are pretty hopeful that under his captaincy, KXIP will win the IPL 2020.

KL Rahul has performed superbly in the IPL 2019 and he was the highest run scorer for his team as he scored 593 runs in 14 matches. There is no denying the fact that Chris Gayle will also have to play a big role if the Punjab franchise has to win the league this year.