The ongoing test series between West Indies and England can be called a historic one as it is being played during the coronavirus pandemic. No spectators are allowed in the stadium as gathering of crowd in the stadium can lead to spread of the virus.

In the three test match series, both the teams have won one game each and the third test match is going to decide the fate of the series. In the third test match which is being played at Old Trafford cricket ground, Manchester, the English team scored 369 in their first innings and 226/2 in the second innings while West Indies crumbled at the score of 197 in their first innings and in the second innings, they have already lost 2 wickets for the score of 10 runs. Two days are still left in the test match and the visitors need to achieve the target of 389 in order to win the match as well as the series. 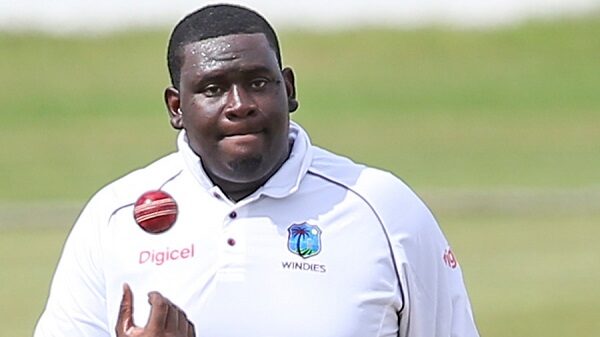 For the third match, West Indies brought in Rahkeem Cornwall, the 6 ft 6 inch tall well-built spinner in place of pacer Alzarri Joseph but the former was not able to do anything significant with the ball. Rahkeem debuted against India in Aug 2019 and this test match is the third match of his career. The second test match he played was against Afghanistan which was played at Ekana Stadium in Lucknow. Against Afghanistan, Rahkeem performed brilliantly and took 7 wickets in the first innings and 10 in the whole match because of which he was adjudged as Man of the Match. Rahkeem plays for St Lucia Zouks in the Caribbean Premier League (CPL) and in the CPL 2019, he was noticed by everyone because of his hard-hitting ability, though his team didn’t even go into play-offs.

Rahkeem is certainly not going through a good time as in the first innings of the third match, he bowled 27 overs and gave 85 runs but was not able to take even a single wicket. The story remained the same in the second innings as he bowled 19 overs and conceded 79 runs but remained wicketless.

However at the moment, one photo is going viral on the Internet in which Rahkeem is seen standing at the slips with one of his teammates. This pic has become a fodder for meme makers and netizens are pointing towards the height difference of the two players.

Here is the image: 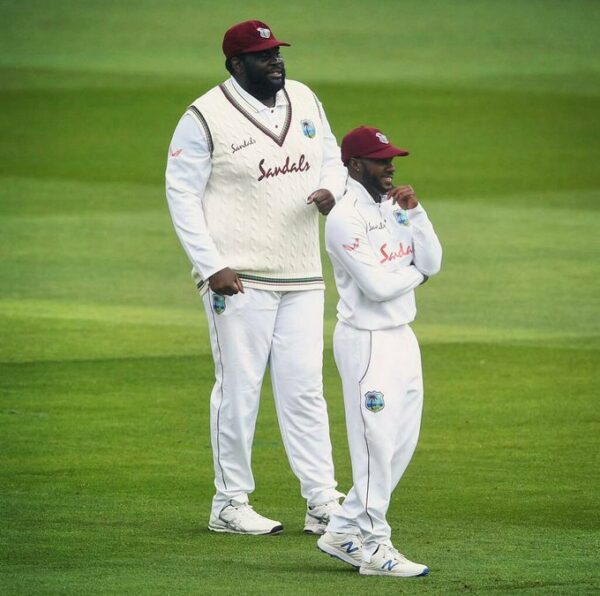 Check out some of the hilarious tweets:

WI should have a boxing match with this team against England if the rain interrupts the game. #WIvENG #ENGvWI pic.twitter.com/ewu5KLf8yv

A big bloke and a small bloke, now that's funny!

Bring your son to work day

The post Rahkeem Cornwall’s Photo With His Teammate Has Become A Meme Due To Crazy Height Gap appeared first on RVCJ Media.