Rohit Sharma and Ajinkya Rahane are two indispensable Indian cricketers who are also good friends. They both play for Mumbai in the domestic cricket and have played good amount of cricket together at both domestic and international levels.

Ajinkya Rahane who is not very active on social media took to his Instagram account on Tuesday and posted a photo of Rohit and himself. The pic seems to have been clicked in 2019 when India was on the tour to West Indies and it gives a feel as if Rohit Sharma is interviewing Ajinkya Rahane after the match.

Take a look at the image: 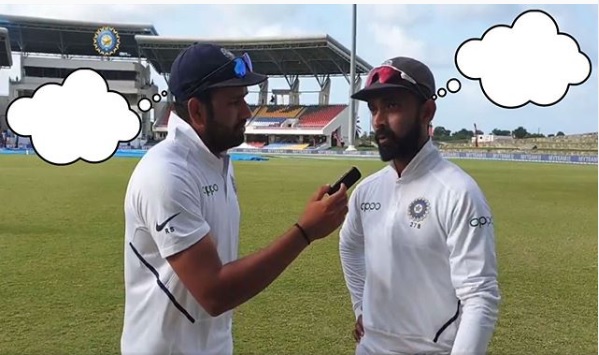 Rahane started a little game for his fans as he asked them to tell what they both were talking about and he also drew spaces for his fans to fill. The caption that he wrote was, “Fill these ???? and I’ll share the best one on my story.”

and I'll share the best one on my story

Soon after this, many people started showing their creativity but what grabbed eyeballs was the funny comment made by the Indian opener Shikhar Dhawan.

Well that was quite funny but it will be interesting to see whether Shikhar Dhawan’s comment will be considered as the best by Ajinkya or not.

Shikhar Dhawan and Ajinkya Rahane are in the same IPL team Delhi Capital now; however, the latter used to play for Rajasthan Royals since 2011 till the last year. 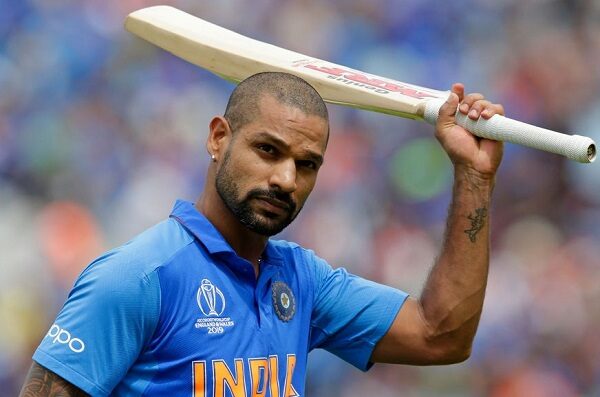 The IPL 2020 was postponed indefinitely by the BCCI after the Indian government imposed lockdown in the country because the number of cases of coronavirus positive patients was increasing. However, now there are reports that the league may take place in September-October as the chances of the T20 ICC World Cup 2020 taking place this year is very bleak.

Why don’t you try and guess the conversation of Rohit Sharma and Ajinkya Rahane?

The post Shikhar Dhawan Has The Most Hilarious Reaction On Ajinkya Rahane & Rohit Sharma’s Post appeared first on RVCJ Media.