Sushant Singh Rajput’s sudden and unfortunate departure has raised a lot of questions in connection with the cruel world of Bollywood. The talented actor took his own life at his Bandra apartment on Sunday and it was a great shock for not just Bollywood but the whole nation.

Once again the debate on nepotism started and clips of some old videos started getting circulated in which the A-listers and the star kids were seen making fun of Sushant Singh Rajput. Some Bollywood celebs also came out in open and stated blaming few filmmakers who are known for promoting nepotism.

Amidst all this, the best friend of Sushant Singh Rajput, Rohini Iyer decided to pen down a tribute for her friend and she also slammed all those who are trying to get limelight on the expense of Sushant’s departure. She made it clear to all those who were writing notes and being sorry for not being close to Sushant when he needed that Sushant never needed fake people, he was never interested in lobbies or camps coz he had his own kingdom. Rohini called Sushant a crazy genius who used to study astronomy and physics, wrote poetry and had the ability to write with both right and left hands. 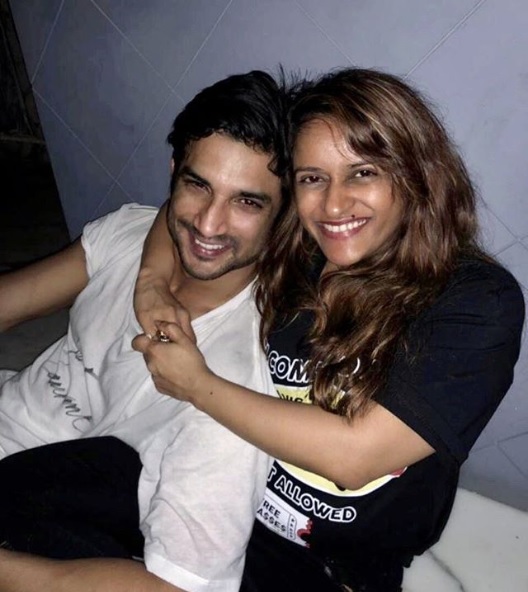 Rohini also asked everyone to not use Sushant for fulfilling their purpose and told them that they don’t deserve him.

Here are the posts:

“You promised you would be with me forever. And I promised I would keep smiling no matter what. It seems we were both wrong, my son. “

Missing you , my blood group .. Dharti Maa Ki Kasam. I love you so much it will never stop hurting.

I didn’t come to say goodbye to you today because saying goodbye means going away and going away means forgetting. I will remember you every single day of my life and specially every insomniac night. I will not search for you in the stars you loved because I know you are around me smiling and shining like the entire galaxy you are !

People are really angry with Sushant’s departure and we sincerely hope that the truth comes out soon.