Things don’t seem to go right for Chennai Super Kings in the IPL 2020 from the very beginning as 13 members of the group including 2 cricketers were found COVID-19 positive because of which they served the longest quarantine. Their troubles increased further when their star players Suresh Raina and Harbhajan Singh decided to pull out of the tournament due to personal reasons.

They started the tournament on a winning note by defeating Mumbai Indians in the league opener but after that, they have lost 2 matches consecutively and now they are at the bottom of the points table. It may sound a little difficult to believe as Dhoni led CSK has never seen such bad days, however this is the real picture as of now.

What made matters worse was that Ambati Rayudu also got injured and their batting seems to struggle at the moment. In fact, MS Dhoni is also getting criticised because he didn’t bat up in the order when his team needed him to score runs at a fast pace. Though CSK is not the only team in the tournament which has played 3 matches till now and lost 2 matches, they are at the bottom because of their low run-rate.

CSK is the second most successful team of the IPL with three wins after Mumbai Indians that has taken the trophy home four times. As CSK is known to be a pretty strong team, the cricket lovers are not able to digest the fact that it is sitting at the eighth position in the points tally. The fans of other teams are not in a mood to leave this chance of making fun of CSK and they are enjoying it by means of various memes and gags on social media networks. 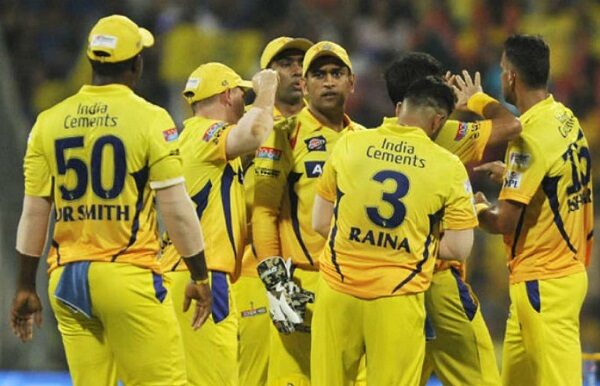 This is how netizens are trolling CSK for underperforming in the IPL 2020:

CSK at the bottom of points table

*CSK fans when someone says*

CSK at the bottom of the Points Table –#SRHvDC pic.twitter.com/uDrGWyFG0Y

Csk and Rr fans looking at each other's rank on the points table. pic.twitter.com/Nld1D4IT3p

Teacher :- What is the opposite of Top

Teacher :- Then why you wrote CSK ? pic.twitter.com/kclXBYQOqJ

*CSK at the bottom of points table*

Well, it’s just the start of the tournament and a lot can change in the coming few days. What do you say?