The coronavirus pandemic has certainly kept us locked inside our houses for a long time but it has also given a chance to few people for discovering their hidden talents.  While some have become painters, poets, writers, etc. in this lockdown period, the Australian cricketer David Warner has become a TikToker.

David Warner has earned the tag of part-time TikToker by posting videos on the platform and his family members were also very supportive to him as they were also seen in some of the videos. Some time ago, the Australian southpaw posted a video in which he danced on the track, “Shaitan ka Saala – Bala” from Akshay Kumar’s movie “Housefull 4”. 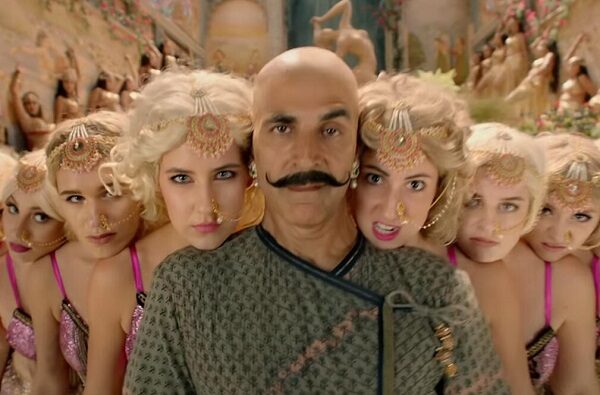 Now he has again posted a video in which he is performing on the same song but this time, he is not alone and his two daughter who are dressed in the tradition Indian attire are giving him company.

When your kids want to join in

Social media users are of the opinion that this time, the cute girls have done a better job than their father. Some even went on to say that David Warner should apply for the Indian citizenship as he is being more Indian than Indians themselves while few others asked him to not score and let India win during India Vs Australia.

Check out some of the selected tweets:

Davey n his family seems to enjoy indian culture.Don't score much against us in Australian summer @davidwarner31 #AUSvIND #BorderGavaskarTestSeries #StayHomeStaySafe

Such a wonderful moves from that left one child. Seems to be so excited about the dance. Really so much enthralling and thrilling moves these little girls have performed in the video.

david why don't to come to India only?

Sir! Are you like officially gonna take Indian citizenship

It's time you apply for Indian citizenship!

No cricketing event has been taking place due to the coronavirus pandemic as of now; however there are some reports as per which the IPL 2020 may take place in September. David Warner is the skipper of the IPL team Sunrisers Hyderabad and the team has also won the trophy once under his leadership.

The chances of the league have also increased on account of the fact that the Cricket Australia is finding it very difficult to organize the T20 ICC World Cup 2020 which is scheduled in October-November 2020 amidst the COVID-19 outbreak.

What is your opinion about the video?